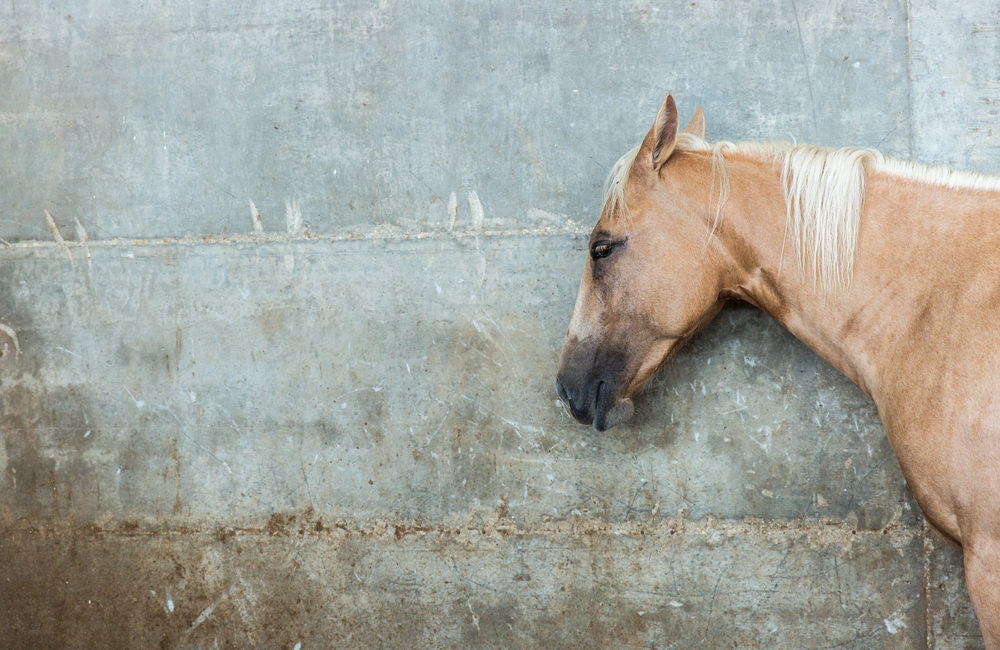 Botulism is a syndrome that is caused by a neuromuscular toxin, that is produced by the bacteria Clostridium botulinum. This organism is found in soil and needs an environment that does not have oxygen to grow and produce the toxin. Horses are very sensitive to the botulism toxin.

How can my horse get botulism?

The most common way for an adult horse to get botulism is by eating the toxin that has already been formed in the forage. Decaying vegetation and animal carcasses that are present in an environment without oxygen, provide the perfect conditions for the bacteria to grow and produce the toxin. Round baled hay, haylage, and silage are the biggest culprits for creating the needed environment. However, other sources of forage and grain have also been implicated. Less commonly, horses may develop signs of botulism when ingested spores of the bacteria germinate within the intestine, or if a deep wound becomes contaminated with the spores.

What clinical signs are associated with botulism?

Clinical signs of botulism can start 24 hours to 7 days after the horse has the toxin in its system. If left untreated, botulism is usually fatal. Initial signs may include weakness, trembling, inability to retract tongue, drooling, difficulty eating/swallowing, stiff short gait, and flaccid tail. These signs progress to difficulty breathing, partial paralysis, recumbency, and death. The onset of these signs may be very rapid with death occurring within hours or may appear over several days. The more gradual the development of signs the better the prognosis for survival, however, it will take weeks to months to recover.

Is there a treatment for botulism?

The treatment for botulism consists mainly of intense medical management involving IV fluids, nutritional and respiratory support, and general nursing care. Secondary infections that arise, may be treated with antibiotics. An antitoxin is available and may be useful in the very early stages of the disease, or for those who are suspected to be at risk for developing botulism. However, the antitoxin only binds the toxin that is present in the circulation. The antitoxin will not reverse the binding of the toxin to the nerves.

Is there a way to prevent my horse from getting botulism?

Yes! If your horses are fed round baled hay or haylage, the best way to prevent them from getting botulism is to vaccinate. Initial vaccination requires three doses given at monthly intervals. After this initial series is complete, a booster is given on a yearly basis.